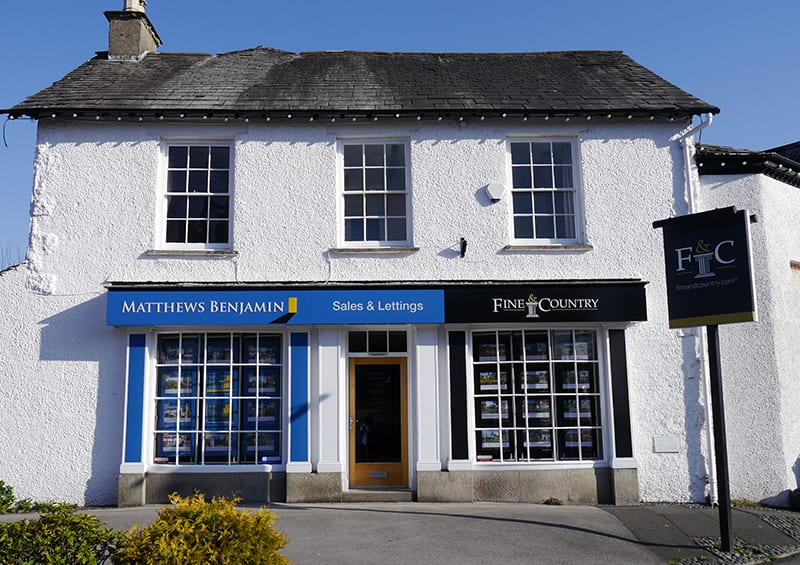 A rare opportunity to purchase a Grade II* listed Elizabethan manor house of considerable historic value, a hidden gem, occupying a discreet location in an established residential area, next to beautiful parkland.

A rare opportunity to purchase a Grade II* listed Elizabethan manor house of considerable historic value, a hidden gem, occupying a discreet location in an established residential area, next to beautiful parkland.

This 17th century manor house has an air of grandeur but is also cosy and welcoming, with a wealth of original oak panelling and freezes to retain its medieval character. It has once been praised as 'one of the most prefect manor houses in the county' (Francis Nicholson and Ernest Axon, 1915, The Older Nononformity in Kendal, Titus Wilson, Kendal). It is believed to be one of only seven residences in the area where Lady Ann Clifford, a favourite of Queen Elizabeth I, would stay. The property is set within a private courtyard with an in-out drive with plentiful parking and offers flexible accommodation that would make a unique family home. At present, the property is utilised as a three bed two bathroom family home with two reception rooms and a kitchen. The gardens of the property are a delight, offering a neatly kept lawn with stone flagged patio seating areas.

Collinfield Manor is just over one mile from Kendal town centre. The bus stop around the corner takes you into Kendal where you can call in at The Brewery Arts Centre, visit the 1657 Chocolate Shop or try out the many pubs, cafes and restaurants. Kendal hosts many exciting events such as The Medieval Market, The Folk Festival, The Torchlight Carnival and The Festival of Food. Both Oxenholme and Kendal railway stations are approximately 2 miles away, ideal for those looking to commute with access to the M6 also just 6 miles away.

The entrance porch frames the original heavy wooden entrance door that leads into the property. Above the door is a stone plaque, believed to have been brought from Brougham Castle to the manor by Lady Ann, which bears the Latin inscription: 'NVNC MEA, MOX HVIVS SED POSTEA, NESCIO CVIVS', which translates as 'Now mine, presently his, Afterwards I know not whose.' The lock to the original oak door was a gift from Lady Ann and bears her initials AP (Ann of Pembroke) and the key to the lock hangs above the fireplace in the dining room. Only a few of these door locks survive, others residing at Great Asby rectory, Rose Castle, Dalemain and Dacre Church.

Above this Opening into an entrance hall with space for coats at the end of the hall by the unique curved rear external door leading out into the garden. The grand living room in this portion of the house is filled with natural light thanks to a dual aspect and high ceilings. Set above the mahogany fireplace with unique inlaid tiling is the date of 1674 and to one side of the fireplace is an original spice cupboard , bearing the initials of George Sedgwick, Lady Ann Clifford's secretary, who, on his retirement in 1668, with her assistance, bought the manor. He is believed to have been responsible for the extension of the original manor house. The large bay window enjoys a garden aspect and there are exposed ceiling beams further adding to the charm.

Leading into the original home that is of particular interest to Historic England, believed to date back to 1614, the dining room is finished with beautiful original wood panelling typical of the era, featuring original stag heads, mullioned windows, exposed beams and a large brick surround housing a multi-fuel stove. Hidden above the mantle is a historic bayonet that has long been within the property and there is even a hidden priest hole to the right of the fireplace. Doors within the panelling open into what is presently utilised as a home office but would once have been a prayer room, again featuring original wall panelling and grand built in original shelving with ornate detailing and again, the initials of George Sedgwick. There is also a door off the dining room opening into a useful store/ pantry featuring original stone flagged tables.

The kitchen has a homely, traditional countryside style with solid wood units, wood worktops and a Belfast sink. The original cast iron stove has been retained as a striking feature but for more practical use there is a range cooker with gas hob and an integrated dishwasher. The floors are finished with stone flags and the mullioned windows afford a dual aspect. The first floor offers a split design that can be separated off from the extended side of the property. A concealed staircase within the dining room leads up to the landing of the original first floor featuring striking original carved staircase with a matching dog gate. To this side of the first floor there are two double bedrooms and a family bathroom featuring a roll top clawfoot freestanding bath and Traditional English sanitary ware. There is also access to the attic which provides two rooms great for storage. A door opens into an inner hall leading to the landing of the first floor in the extension, also accessed via the staircase from the entrance hall. There is a further double bedroom with a bathroom and separate WC along the corridor.

The grounds of Collinfield Manor are a delight with the rear lawn wrapping around the rear of the property to the side, offering two stone flagged patio seating areas. There is an array of mature shrubberies for the keen gardener to enjoy including two beautiful lilac trees and a mature apple tree that brings the garden to life in spring through to summer. The private courtyard affords ample parking and an in out drive so there is plentiful space to service the main residence.

Directions
From the M6 junction 36, continue West along the A590/A591 towards Kendal, and take the A6 into the south side of Kendal. Continue into Kendal passing the Stone Cross Manor Hotel and take the second left into Collin Road. Follow the road and take a right hand turn into Pembroke Court with the white gates for Collinfield Manor immediately on the left hand side.